Please Welcome our first guest blogger for the Austen in August event: Amelia from the Jane Austen Society of North America!

A few years ago I wouldn’t have said I was, but now that’s changed.  I’m the social media developer/webmaster for my local chapter of the Jane Austen Society of North America (JASNA).  It all started when a grad school friend of mine asked if I had seen their blog.  Yes, I’d seen it and their meetings sounded interesting, but I was wary, I didn’t want to be surrounded by a bunch of middle aged women obsessed with Mr. Darcy.

We are the Central New Jersey chapter of JASNA. We typically meet four to six times a year to share in all things Jane. Previous meetings have included book discussions, movie viewings, guest speakers, concerts, and much, much, more. We love to read, and we spend a good portion of our meetings exchanging the titles of books. 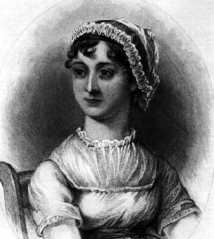 In my time with the group I’ve noticed that there are three general groupings of Janeites when it comes to what they will read past The Six Novels. (These are my personal names for the groups).

First up are the Purists.  They read The Six Novels, the Juvenilia, the Letters, the Unfinished Works, and they won’t touch a rewrite, adaptation, or sequel.  For these readers I would recommend:

The opposite of the Purists are the Free-for-Alls.  These readers will pick up anything even remotely related to Jane and her work.  They’ve read about Vampires, Sea Monsters, and Zombies.  They’ll pick up books that have characters coming out and go into Jane’s stories and even the newly talked about Fifty Shades of Gray inspired versions of Jane’s Work.  For those readers I suggest:

I’m a member of the third group, the Inbetweeners.  We’ll read the adaptations, sequels and such but we want some purity in those books.  There’s nothing worse than picking up a book about another Bennett sister only to read that our happy couples are no longer happy.  For these readers I’ll recommend some that I have enjoyed in the past: 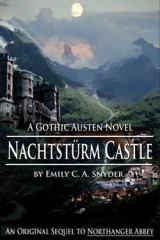 Nancy, Shannon and Emily are all working on stories with Col. Fitzwilliams as our hero.

For more information or to locate your regional chapter visit http://www.jasna.org

Thank you, Amelia, for stopping by and for introducing us to The Jane Austen Society of North America! So, Austen-fans, what do you think? Are you a Purist? An in-betweener? Something else entirely?