We all develop crushes – on new acquaintances, on actors, on musicians. Sometimes our crushes fit a pattern (I have a “catastrophic attraction complex” towards redheads/gingers – my good sense goes right out the window), sometimes they don’t. And of course, sometimes our crushes are on fictional characters. Here are ten of mine, in somewhat chronological order from my teen years to now.

1. John Austin from Madeleine L’Engle’s “Austin Family” series.  I loved L’Engle’s “Wrinkle In Time” books, but I was obsessed with the Austins. I wanted to be Vicky’s best friend, so that I could hang out with her big brother John, who is 15 when the book opens, slightly older than I was the first time I read it. His character is athletic, but not the “dumb jock” type I was already encountering, the book cover showed me a guy I immediately felt a rush for. Ah, young unrequited love! We’ve all had that straight best friend who would be perfect for us, if only…

. Kid Flash and Speedy (Wally West and Roy Harper) from DC Comics’ Teen Titans. I’m pretty sure my “catastrophic attraction complex” for redheads started with these two. During the late 1970s Teen Titans run, the characters were in mostly in college and the art reflected that. Let the guys moon over Wonder Girl (Donna Troy) and the girls admire Robin’s bare legs – I wanted the bad-boys of the Titans: super-fast Wally and super-flirty Roy. Add in fellow DC redheads Red Ryan of the Challengers of the Unknown and Lightning Lad & Sun Boy of the Legion of Superheroes (especially in those Dave Cockrum / Mike Grell costumes) and … well, ‘nuff said.

3. John Carter of Mars from the books by Edgar Rice Burroughs.  Probably the first adult literary character I had a crush on.  From the moment Burroughs described Carter’s arrival on Mars completely naked, I was hooked. Sure, he was violent and perhaps a bit misogynistic in some folks’ eyes – but he was naked! For almost the entire book! (The Marvel Comics adaptation that gave him clothes was of great disappointment to my teenage self, I can assure you.)

4. Prince Hal / King Henry V from Shakespeare’s Henry IV Part One and Two and Henry V.  I have no idea what the real Henry V looked like, but in my mind he’s always had flaming red hair and a strong build. He grows from teen-rebellious malcontent to inspiring leader over the course of Shakespeare’s three plays, and that growth made him even more desirable to me. Come to think of it … our current Prince Harry is pretty much what I pictured Prince Hal looking like, and he’s certainly got the right personality for the role.

5. Brother Cadfael from the mysteries by Ellis Peters. Sure he’s a monk, as well as being retirement age (or what passed for such in the 1100’s). But what a brain! And he was no slouch physically either, judging by the situations he finds himself in over the course of almost two dozen books.  Older men can indeed be hot. I wasn’t at all disappointed when the BBC got Derek Jacobi to play Cadfael. 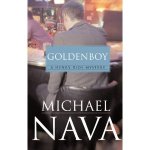 6. Henry Rios from the mysteries by Michael Nava.  I haven’t read all of the Henry Rios mysteries yet, but even in the first book I found myself crushing just a little bit on the Hispanic lawyer who solves crimes (don’t they all?) and deals with lots of hot-button topics. It occurs to me that Henry is the first (but not last) actually gay character on this list.

7. Harry Dresden from Jim Butcher’s Dresden Files. Tall with a runner’s build; snarky & full of pop culture humor but with a good heart under it all. What’s not to love about Chicago’s only professional wizard listed in the phone book? You’re probably noticing a theme by now. Smart, honest, willing to die for his friends, athletic without being muscle-bound …. the only thing that could make Harry more attractive to me would be red hair.

8. Atticus O’Sullivan from Kevin Hearne’s Iron Druid Chronicles … speaking of which. Atticus has almost everything going for him that Harry does, plus he’s a 1000 year old Druid. He speaks Gaelic (accents turn me on). He’s a bit more boyish-looking that Harry, with that adorable soul-patch on his chin. And he’s got just enough tattoos for it to be sexy without being a distraction. 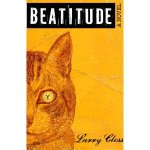 9. Harry Charity from Larry Closs’ “Beatitude.”  Harry is completely, totally, in every way shape and form average. And yet I still finished the book having the hugest crush on him and wishing I could do something to make him feel better. (That’s a tribute to Closs’ writing, by the way.) There are always those one or two guys we crush on who don’t fit our “usual pattern.” This Harry isn’t a redhead, isn’t overly athletic, isn’t a bad boy or boyish, he doesn’t start in a series of books or plays. But he is openly and contentedly gay (with a penchant for being attracted to the wrong guys) … he’s the exception that proves the rule, so to speak.

10. Ira Adler from Jess Faraday’s “The Affair of the Porcelain Dog”. I fell for boyish, smart, stuck-on-the-wrong-side-of-the-tracks Ira from the start of Jess Faraday’s first (but hopefully not last) book about the gay assistant to a Moriarty-like criminal mastermind. His situation has changed by the end of the book, but everything that makes Ira attractive remains, with a slightly harder edge to him thanks to his experiences.

I also can’t put this list out there without mentioning my own characters. Working on my college-set mystery novel “Ambergrin Hall,” I’ve populated it with guys I’d have been crushing on big-time in my actual college years: Garrett Anderson (the straight guy everyone loves), Ezra Sferra (the openly gay, highly energetic theater student) and Dylan Cole (the shy, boyish freshman just coming out of the closet). One of these days I’ll finish this book and maybe other people will crush on them, too.

So, who are YOUR Bookish Crushes??