Self-sacrifice & the Tyranny of Illness inEmma 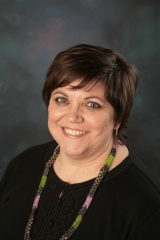 Of course, everyone who knows anything about Emma knows Mr. Woodhouse to be the ultimate hypochondriac. Yet it takes only a superficial comparison between Mr. Woodhouse and Mary Musgrove in Persuasion to see why Mr. Woodhouse is so well-liked in spite of his obsessive phobias about health. Unlike Mary, who uses her illness to her own selfish advantage, Mr. Woodhouse’s concern for everyone’s health is far-reaching. It extends even as far as worrying about the horses that bring Isabella and John Knightley to Hartfield.

As readers we can accept Mr. Woodhouse as we could never accept Mary. He is a gentle figure of fun, but Jane Austen never subjects him to the lashing whip of her judgement. Everyone in Highbury knows of his anxieties — “his neighbours knew that he loved to be inquired after,” — and they are happy to oblige, since Mr. Woodhouse’s anxiety for others translates into concrete terms – into, for example, supplying  the Bates’ with cuts of meat from the Hartfield pigs, since he regards those pigs as more healthy than others.

Yet there is no question that Mr. Woodhouse’s “peculiarities and fidgetiness” would be enough to drive anyone to distraction. Certainly they require a great deal of sacrifice on the part of Emma, who has formed a “fixed determination never to quit her father.” On the extreme end, she cannot marry, though admittedly, when she considers Frank Churchill’s “proposal”, she doesn’t think turning Frank down for the sake of her father is too much of an obstacle. “I do not find myself making any use of the word sacrifice,” says Emma. However, when it comes to marrying Mr. Knightley, the idea of leaving her father even for a man she loves makes her so guilty she feels almost like a criminal. “Poor Mr. Woodhouse little suspected what was plotting against him in the breast of that man [Knightley] whom he was so cordially welcoming, and so anxiously hoping might not have taken cold from his ride.” Under such circumstances, the fact that Knightley himself is actually willing to perform the sacrifice of leaving Donwell Abbey to live with Emma at Hartfield does not strike us as in any way unusual, yet for a gentleman of his position it is a major undertaking.

Beyond this, there are the restraints that Emma has to endure on a daily basis. Her father’s anxieties have restricted her life so severely that she has never been to visit her sister in London, a short journey away. The picnic on Box Hill is the longest way she had ever travelled. When Emma and Harriet have an unpleasant encounter with the gypsies, Mr. Woodhouse’s alarm is such that the whole of Highbury hears of it. “Poor Mr. Woodhouse trembled as he sat, and, as Emma had foreseen, would scarcely be satisfied without their promising never to go beyond the shrubbery again.”

Yet Mr. Woodhouse is not the only person in the novel whose “illness” (or in his case, obsessive fear of illness) affects those around them and limits their movements. For years, Frank Churchill has been held in check by his aunt’s ill health, even though many in Highbury believe Mrs. Churchill’s illness to be imaginary. Mr. Knightley, for example, suggests to Emma that Mrs. Churchill’s health is simply an excuse for Frank – who is now too proud to deal with his poor relations – to stay away from Highbury. Even Frank himself is not entirely clear whether her illness is real or a means of controlling him. “That she was really ill was very certain; he had declared himself convinced of it… Though much might be fancy… he could not be prevailed upon, by all his father’s doubts, to say that her complaints were merely imaginary.”

Still, as in Emma’s case, Frank cannot marry the woman he is engaged to because he’s afraid to upset his aunt and make her illness worse. The deceit he practices as he tries to cover up causes a great deal of confusion and turmoil, particularly for Jane Fairfax. When they plan to have the first ball Highbury has seen for year, they are forced to abandon their plans after Frank receives a letter from his uncle calling him back to his aunt’s bedside: “Mrs. Churchill was unwell – far too unwell to do without him; she had been in a suffering state… but now she was too ill to trifle.” In general, the inhabitants of Highbury consider his aunt a selfish, tyrannical woman. It is only after she dies that they come to realize that she was genuinely ill. In any case, her death liberates Frank and enables him to finally announce his engagement to Jane.

Another person who is subjected to this tyranny of illness is Miss Bates. Miss Bates represents what Emma’s situation would have been, if she didn’t have financial resources. A poor spinster forced to look after her mostly deaf and poor-sighted mother, Miss Bates is an object of pity (and even ridicule) while Emma is not. Yet Miss Bates is cheerfully self-sacrificing. Not only is she unstintingly kind to her mother, but she releases Jane Fairfax from any obligation to be physically present in Highbury, unlike Mr. Woodhouse, who is too fearful to let Emma out of his sight.

Ironically, Miss Bates doesn’t just have to look after her mother. She takes care of Jane as well. When we first hear of Jane Fairfax we hear that she is coming to Highbury instead of going to Ireland with her friends. Emma, who is sceptical of anything to do with Jane, is surprised that Jane is willing to sacrifice herself: “Miss Fairfax prefers devoting the time to you and Mrs. Bates?” Considering that Emma has given up all possibility of seeing the world to stay with her father, she expects the same of Jane, only to learn that the situations are, in fact, reversed. Jane is coming to Highbury, it seems, because “she is far from well,” and “nobody could nurse her as we should do.”

Miss Bates’ solicitous attitude to her mother now extends to Jane as well: “My dear Jane, where are you? Here is your tippet. Mrs. Weston begs you to put on your tippet. She says she’s afraid there will be draughts in the passage.” Throughout, Jane’s bad health is a matter of concern for everyone, but in her case, too, we discover that there is a strong emotional component to her health, since her health grows worse the more Frank flirts with Emma. Later, Frank, who has been conditioned by his aunt to respond to illness, seems more affected by Jane’s physical suffering than her psychological one.  He tells Emma: “Do not pity me until I reached Highbury and saw how ill I had made her [Jane Fairfax]. Do not pity me till I saw her wan, sick looks.”

It is tempting to read into Emma, particularly the mother-daughter-younger niece pair (Miss and Mrs. Bates and Jane) in the novel, some of Jane Austen’s own uncertainties.  We know that Jane Austen’s mother was something of a hypochondriac herself, and suffered from a variety of illness that were sometime called into question, especially considering her longevity. Moreover, Austen’s sister Cassandra did not marry and remained at home with her mother. Are Miss Bates and her mother somehow reminiscent of Cassandra and her mother?  Was Jane Fairfax a kind of alter-ego to Jane herself (particularly since JA herself suffered from similar headaches). Were Jane Fairfax’s anxieties about being forced to work for a living a reflection of JA’s own? If so, then Jane Austen gave her a happy ending at least, or as happy as it could be with an unreliable husband like Frank Churchill. Was Emma what Jane Austen herself would have loved to be – free of the obligation to marry, independently wealthy, yet dutiful towards her parent?

We can only speculate.

This topic fascinated Monica Fairview enough to write a short story sequel to Emma which explores Mr. Woodhouse’s reaction the day Mr. Knightley moves into Hartfield. The story can be found in the collection Jane Austen Made Me Do it. Fairview is also the author of two full length Pride and Prejudice sequels: The Other Mr. Darcy (Caroline Bingley’s story) and The Darcy Cousins (Georgiana’s coming of age story).

Visit Monica’s website for more information about her and her books!

← Thoughts: To Kill a Mockingbird by Harper Lee
Fitzwilliam Darcy, Such As I Was! (#AustenInAugustRBR) →

19 Comments on “Jane Austen & the Tyranny of Illness (#AustenInAugustRBR)”