On Angels and Demons and the Rest of Us 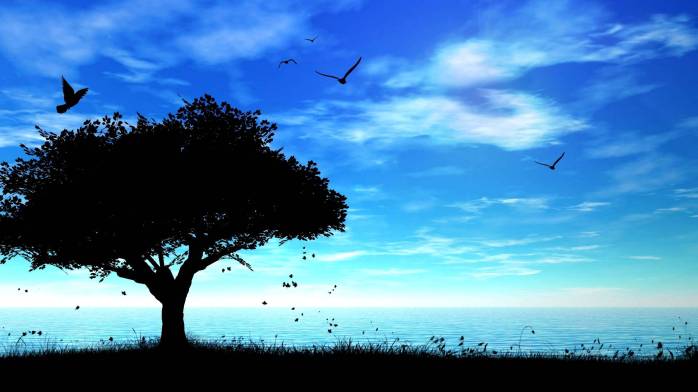 Today I, like so many others, woke to the news that there had been another mass shooting in the United States. This one at a gay night club in Orlando. As the morning advanced and news continued to roll in, we quickly learned that more than fifty people had been killed, and another fifty, at least, injured. The largest mass shooting in the nation’s history. We do not know too much about each of the victims, yet, though we are sure to hear that there were men and women, gay and straight, young and old, white people and people of color. Fifty people who had gathered to dance and laugh and love, slaughtered. Fifty families, fifty circles of friends, who will grieve, mourn, and be permanently changed by the act of a single madman.

Suddenly, as with all the major mass shootings in the United States, recently, and there have been many, I was sucked into the debates about fault. “It’s Islamic extremism,” some said. “It’s homophobia,” others responded. “It’s guns,” I heard.  We, most of us, know, of course, that there are rarely simple answers for such heinous crimes. Does religious zealotry often play a role in mass killing? Yes. Does bigotry and prejudice fuel hatred? Yes. Does easy access to guns make it simpler to act out religious “cleanses” and other hate-filled acts? Yes.

Who or what is to blame when these terrible things continue to happen? Certainly there are demons among us: angry, terrified, misguided individuals who are psychologically imbalanced, ignorant, and indoctrinated to believe there is only one acceptable way of being. This has always been the case, and it is the case everywhere. Every culture, every country, at every moment in time has had its small share of people who are what most of us consider evil. They may feel justified in their hatred, they may feel vindicated by their interpretation of a particular religious or moral belief, or they may be motivated by a perceived personal slight or danger, a belief that they, somehow, are explicitly threatened by the life and freedoms of another individual or group. These are the world’s demons. They are only a very small portion of the population, they are roundly condemned by the majority, and the majority is almost always, without fail, offended, confused, heartbroken over their actions. So, how do they continue to commit these acts, and how do these acts continue to worsen, to be more tragic than the last?

In contrast to this minority, there are those who devote their lives to helping and advocating for others. In the LGBT community, that includes religious leaders, politicians, and celebrities who use their microphone to appeal to the better natures of their audiences. It also includes the personal allies, mothers and fathers, siblings and friends who join PFLAG, who vote, who offer safe haven to youth in need. Those who actively march, rally, and fight to make a difference. And these kinds of people, the courageous who take up the fight on behalf of the powerless, have also existed at all times and in all places. They are the ones who risk their own lives and reputations in standing up to fear and prejudice and evil wherever it manifests itself; they were conductors on the Underground Railroad; they were Germans and Austrians and others who hid Jewish families from the Nazis; they stood in front of tanks in Tiananmen Square. But these angels, too, are in the minority.

In the struggle between these forces, between the demons who thrive on committing evil acts in their desperate attempts to make the world conform to one creed and the angels who fight selflessly to ensure that all people can live equally in freedom and safety, we find a battle of the simple few. A tiny minority of people on one side, and another tiny minority on the other. It is in the rest of us, the vast majority of people in the middle who are generally good and who condemn these evil acts, where we can find answers and solutions. Whose side are we on, after all?

What if, instead of responding to these tragedies with philosophical questions, whispering to each other, vaguely, “how could this happen?”; what if we instead stood up together and shouted: “This will not happen again.” What if our first reaction wasn’t interrogatory, unsure, detached, but commanding, fierce, and engaged? What if, when we saw our leaders participating in events held by ideologues who preached “death to gays” or banning people of certain races and religions, we did not sit idly by and think about how bigoted they are, but instead proclaimed: You will no longer lead us.

It is with the rest of us wherein lies the power. It is with the rest of us wherein lies the possibility for change, because we are the majority. Decent, fair, good people: we are the majority. The angels and demons among us will continue to struggle, but it is the rest of us who have the ability to tip the balance. We can continue to do nothing, continue to be distracted, aloof, self-involved, and thereby allow the demons to continue their assault. Or we, too, can get involved, speak up when enough really is enough and demand that those who claim to lead us begin to actually act in the best interests of us, all of us, to keep us safe. I have to admit that I have not been an angel, though I’ve been witness to their work, been inspired by them and all they’ve done to make others’ lives just a little better, a little more equal.

And I’ve been horrified by these tragedies, from Aurora to Newtown to Charleston; saddened by the fact that more than 300,000 Americans have been killed by guns in the last decade. But whether these tragedies are motivated by fear, hatred, religion, mental illness, or some other factor does not matter. What matters is that we can find a solution. We can make it harder for these things to happen. We know that approximately 90% of Americans already support gun reform and more than 70% of NRA members do, too. And we also know that our leaders have been unwilling to listen to us, either because they have been bought by lobbyists or because they fear political backlash. We know by now that they will do nothing until they have no other choice. After all, if the slaughter of twenty children in a grammar school did not move them to action, what will? So, it is up to the rest of us, those of us who have been sitting despairingly in the middle, to force that choice. We have to pick a side.

I’ll reflect on all this, the bad and the good, and make a decision to fight for the good, because it is worth it and because, despite our silences, our losses, our questions and confusions and dismay, the good still outweighs the bad. I will refuse to be distracted by the same recycled rhetoric that seeks to place the blame rather than find solutions. I will not hate who they want me to hate, fear who they want me to fear, or accept the red herrings they plant to keep us idle.

Tomorrow, I’ll get back to work. I’ll continue to do what I’m fortunate enough, now especially, to do: study, research, and write about LGBT literature and history. I’ll continue to do my very small part to raise awareness about the long, complex, inspiring history of queer people, because as more is known about us, perhaps fewer people will fear and hate us.

In the days ahead, I’ll make calls, send e-mails, write letters and send faxes to my local, state, and federal representatives, expressing my dismay at the fact that we still have done nothing to make this country safer. I’ll ask them to have courage, to be strong, and to work with others, anyone and everyone, to get us back on track. I will remind them that this is an election year and that they are accountable to us. And I’ll encourage everyone I know to do the same, because we, all of us, should have the right to feel safe in our churches, our movie theaters, our schools.

In the coming weeks, I’ll attend Chicago Pride for the first time. I’ll stand with friends, strangers, gays, lesbians, straights, allies, families, and others who want to celebrate life and freedom. We’ll march and laugh and sing and refuse to fall prey to terror’s ultimate goal: acquiescence. I will not be intimidated by those who cannot understand the simple fact that some people are different, by those who do not wish to understand it, and by those who would do anything, even the unthinkable, to force others to live only as they see fit.

I will demand change from those who are supposed to be protecting all of us, but who have been failing us miserably.

I will live, and I will speak.