Author Alex Epstein Shares Ten Stories That Got Away 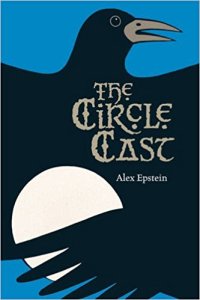 I would like to take a moment to welcome author Alex Epstein, author of THE CIRCLE CAST, to Roof Beam Reader! Alex is here today to share with us -readers and writers alike- some of those great ideas that just didn’t go where they should have or could have.  We all know it happens, and we all get discouraged when a seemingly great idea fizzles out, but we don’t always keep in mind that even experienced, published authors experience similar set-backs too. 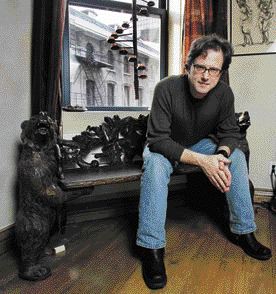 “A native New Yorker, Alex Epstein studied Computer Science and English at Yale University. After a year in Paris, he studied filmmaking at the University of California, Los Angeles in the School of Theatre, Film and Television, finishing with an MFA.

Throughout the 1990s, Epstein worked in the motion picture industry as a development executive. His first book, Crafty Screenwriting, came out of his experiences developing movies.

Epstein moved to Montreal in 2000 and began his career as a professional screenwriter. He co-created the comedy series Naked Josh, which ran for three seasons, and co-wrote the hit buddy cop comedy Bon Cop / Bad Cop.

Epstein lives in Montreal’s Old Port with his wife, Lisa Hunter (author of The Intrepid Art Collector) and his two children.” – from Goodreads.com

Ten That Got Away

One of the tragedies of writing for a living is all the ideas you love that you can’t get someone interested in. Or you get someone interested, but the project only goes so far. I work in film and television, and there’s a huge amount of carnage. Last year, my wife Lisa and I pitched a dozen movies and TV shows. We placed about three of them, leaving nine orphans.

Some things I can’t sell because they’re not good enough – yet. I haven’t cracked them. But some of them are projects I love that I can’t get made because of where I am in my career (I’m successful, but in Montreal, not LA), or there just isn’t an audience for them.

1.       I’ve always loved Homer’s Odyssey. I’ve read it in multiple translations. To my mind, it’s a science fiction story. Except in the Bronze Age, you didn’t have to go to the Moon to tell a story about some strange place. You just went across the Mediterranean. Who knows what lived there?

I wrote a feature film script called The Wine Dark Sea, and then Odysseus. I wrote it for two scenes I’ve always loved. One, when Odysseus gets home to his island, Ithaca, where he’s king, after 20 years, he doesn’t just go announce himself. He’s too canny for that; and he’s right, he’d probably be murdered by the suitors. So when he meets a shepherd boy on the beach, he doesn’t say he’s Odysseus. He makes up a cockamamie story about being an Egyptian who was kidnapped by pirates. Of course the shepherd boy turns out to be Athena, his patron goddess, who loves that he won’t even tell the truth at home. “If I were a mortal,” she tells him, “I’d want to be you.”

The other scene is when he shows up at his house, disguised as a beggar. He tells Penelope he’s seen Odysseus alive. She tells him she’s going to choose a suitor to marry. Isn’t that odd? After twenty years of staying faithful to her husband, who for all she knows is dead? But of course she knows exactly who she’s talking to, in spite of the disguise. She warns him about the suitors. And she tells him she’s going to choose whoever can string Odysseus’s bow. Of course she knows that he’s going to be the only one who can do it – and he’ll need that bow to wipe out the homicidal suitors.

I’d love to see that in a movie. Preferably mine.

2.       I wrote a movie script called Furies. It’s Moby Dick in space. The problem with Moby Dick is that the most interesting character is the villain, Captain Ahab. So I made a hero, a man who knows from personal experience that Ahab’s vengeance will wind up killing everyone – because he has destroyed his own life through vengeance. The whales are “sylphs,” these giant creatures made of plasma and carbon, that live out among the stars, and men hunt them as they once hunted whales.

3 and 4.      Virginia Station and Yukon. I want to write a TV show set in the Yukon Gold Rush. The hero is a whorehouse madam who’s become mayor of a Gold Rush town, because she’s the only person that no one dares get in a dispute with. She’s not a gunslinger. She uses her wits to keep the peace.

I reworked this as a TV show set in a space station in more or less the universe of Furies. People liked it, but “we already have a space station show.” Them’s the breaks.

5.       Kinslayers.  Ever wondered why the Vikings didn’t colonize North America? I read Westviking by Farley Mowat. Apparently every time they met the local Indians, they murdered them, and then the Indians came back and chased them off. I want to tell a story about a Viking guy who falls in love with a Beothuk Indian gal. But the Vikings have a dark secret. They’ve been cursed. One of them killed his own brother. Kinslaying is the worst crime among the Vikings. Because there is no way for a family to avenge itself against its own members, it violates the code of revenge. The usual response is for other Vikings to slaughter the entire clan. (Nice guys, huh?) So they’ve fled west. But the curse begins to take hold, and one by one the Vikings begin to go mad, and murder each other. Maybe they go berserk. Maybe they actually transform into beasts, I’m not sure. At any rate the girl figures it out. She tries to get the Viking to become an Indian, so he can avoid the curse. But he can’t abandon his people or his identity. So she leads her tribe to wipe out her lover and his whole settlement.

6.       Gone to Soldiers. It’s a drama about two Cajun kids who grow up near an Army base in Louisiana in the ’60’s. Billy Wes’s father goes off to Vietnam and comes back in a box with a flag on it; so Billy Wes becomes someone for whom honor means too much. Jackie’s dad comes back with a self-inflicted wound; so she becomes someone for whom honor is a shuck. But they become soul mates, because they’ve both been wounded by a war they never went to, and they get engaged. She dumps him when he gets into West Point. But he finds her again when he goes AWOL from a Ranger training mission gone horribly awry, and she convinces him to make a run for the Canadian border. Will they make it? Or will their baggage catch up with them first?

Honestly, I haven’t even tried to sell these. If The Circle Cast sells like hotcakes, I’ll be able to take the time to write them. But they’re not exactly YA novels; Morgan is a woman in The Spell Woven and she’s a mother in The Circle Broken. As a professional writer, I can only afford to write what I can sell. Maybe one day…

9.      Neanderthal. Neanderthals exist. They live in our cities, hiding in plain sight. They can’t breed with us. They have to keep their secret. So they have killers, “snuffers,” who suppress anyone who might discover it. Otherwise, they’re sure that human beings will kill them. But one snuffer starts to feel that killing humans is wrong, and turns against the tribe… but at what price?

10.     Of course, there’s always hope. I’m currently developing a TV show called Fallen, about a vice cop who’s really a fallen angel. It came out of a TV show I developed for years with a network, about a fallen angel who wasn’t a cop. That came out of a comic I tried to write, which came out of a play which got a reading at the LA Playhouse, which came out a feature film script called City of Ravens that I never got quite right. It may wind up as a feature film script again, if the cop show doesn’t work out…

Thanks for sharing your time and thoughts, Alex!

Readers, you can find my thoughts on THE CIRCLE CAST right here.

← #2018BibleRBR Daily Reading Plan: June
Net Neutrality Is Dead and So Are We →