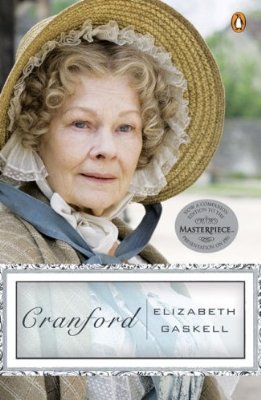 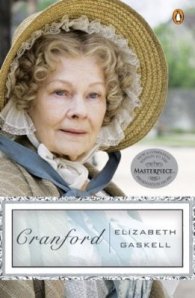 Cranford tells the tale of an oft-overlooked portion of Victorian population, the middle class.  Many novels of the Victorian era focus exclusively on the aristocracy or on the poor; Cranford, however, is similar to Austen’s Northanger Abbey, in that there are a few upper-middle or upper-class characters, but the primary characters are struggling just to survive in that solidly middle zone (or even in the lower middle-class). The ladies of Cranford put on airs, so as to seem far more dignified and “to do” than they really are. Part of the charm of the novel is witnessing these ladies hold fast to rules of decorum and propriety which would be best suited for lords and nobles, but seems rather out-of-place in their suburban neighborhood.  The story itself revolves around Miss Matty, a single middle-aged woman who is left to fend for herself, after her sister passes away, and their friend, Miss Deborah, who is narrating the story and who hopes to find a way to care for Miss Matty, when she is unexpectedly ruined, financially.  There are minor mysteries and slight intrigue, all of which are blown out of proportion by this community of old hens.

The main character of this novel is not any one particular person, it is the community of Cranford.  The most interesting action takes place in coordination with various individuals or groups of individuals who come together throughout the tale – be it interactions between Miss Matty and her sisters (polar opposites in many ways) or between Miss Matty and her maid (who she has no real idea how to command), or between certain of the members of the ladies’ circle – be it Mrs Jamieson, the “Lady” of stature and leader of the group, or the poor Hogginses, who become outcasts for love (but perhaps not permanently).  The relationships between the members of this inner-circle are interesting and hilarious enough to watch, though there is very little growth or change from any of them (certain minor growths are hinted at, after Miss Matty’s fall, but nothing spectacular).  Still, this keeps the story realistic, on the whole.  The addition characters external to the group, such as the mystic-man and his family and, near the end, a long-lost family member of one of the ladies, also adds an interesting layer or two to the story, because it forces the group and individuals to react in their own (and in their collective) ways to new stimuli.

While I found Gaskell’s language fluid and engaging, and her prose easy to follow and certainly well-constructed, the story itself seemed somehow rushed at times, possibly due to a disconnect or disjointedness in the narrative’s construction.  In the beginning, particularly, it was easy to get a bit lost – hard to remember, exactly, who the characters were and what their relationships were to one another.  The narration pulls itself together eventually, with minor slips here and there right through to the end, but all-in-all, the sense of humor and lightness of the story is matched in its prose, which makes for an enjoyable reading experience.

What is most appealing about this novel is its close scrutiny of a segment of the population that seems relatively left-out of popular Victorian literature (particularly the Canon).  Viewing life through the eyes of the lower-middle and typical middle-classes is somehow exciting, because it is uncommon – after all, what could be interesting about the “average” class?  The town of Cranford, though, is one steeped in tradition – taken seriously, yet not quite.  The narrator, certainly, seems to find the strictly regimented rules of society rather amusing, and with good reason.  In addition to the examination of class and society, though, are explorations of family, international relations, friendships, economics and world/local trade.  For such a small and seemingly simple book, Cranford and its ladies definitely surprise.

“I’ll not listen to reason . . . reason always means what someone else has got to say.”

“She would have despised the modern idea of women being equal to men. Equal, indeed! She knew they were superior.”

–Carnford is Book #3 completed for the Victorian Celebration.

–Cranford is Book #3 completed for The Classics Club.

← Review: The Autobiography of Mark Twain
A Victorian Celebration Contest! →