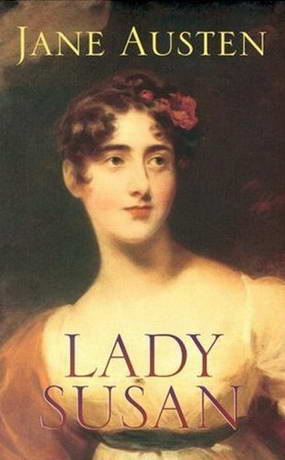 Lady Susan is one of Austen’s early, short works.  It is written in epistolary form, as many of Austen’s early works were (even Sense & Sensibility was originally constructed as such, but later re-worked into traditional prose).  Although it is somewhat similar in theme to Austen’s other novels, in that its primary characters are found to be searching for husbands, and as it is also a character study in general, with morality its major focus, Lady Susan is actually the polar opposite of what one typically expects from Austen’s works.  The plot of the novella is clearly inspired by Richardson’s Clarissa.   Lady Susan is on a quest to marry off her daughter Frederica to a wealthy young man, so as to relieve herself from the burden of having to “care for” the girl.  Frederica resists and beseeches her family members to come to her aid, in hopes that she will not have to marry a man whom she despises.  While seeking a suitor for her daughter, Lady Susan is also actively employed in flirtations (and more) with just about every man she encounters.  Overall, it is a much more direct, cynical, and vindictive story than any other by Austen, and these could be the reasons why it was not published in her lifetime.

The main character, Lady Susan Vernon, is beautiful, when many of Austen’s female protagonists are plain; she is vain, conniving, and 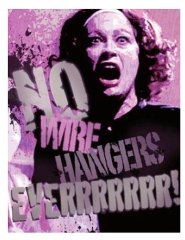 cruel, whereas Austen’s heroines are typically kind-hearted, familial, and caring.  Susan Vernon reminds me somewhat of Mommy Dearest (“No wire hangers!”).  Austen essentially subverts the traditional romance genre by creating a main character who is simultaneously intelligent and attractive (traditionally, the female characters would be either/or, but not both); she plays an active role in scheming and plotting against others; she is an adulteress; and, finally, she courts younger men (unlike the rest of her novels, which find younger women being courted by much older men).  Lady Susan is also entirely selfish and anti-family, which can be found in Austen’s novels, but usually only in the male characters or in certain specific circumstances (such as the matriarch’s dismissal of her son based on his choice of bride).  Aside from Lady Susan, who is a love-to-hate kind of character, there is not much to speak of in any of the others. Her daughter, Frederica, is spoken well of by everyone except her mother.  Catherine Vernon, who is married to Lady Susan’s brother, is rather smart and is the only one who can see right through Susan’s machinations.  The men are sideline characters, for the most part, and are easily played by Susan.  Because of the form and the shortness of the novella, not much growth can be expected from the characters – Susan also dominates in terms of page-time, so much of what we see from other characters are short reactions to her or descriptions of them via Susan’s skewed opinions. 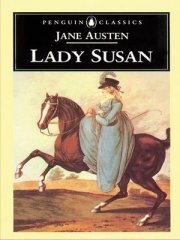 Jane Austen’s early works were drafted primarily in epistolary form; however, Austen clearly was not comfortable with writing in this way.  Her mastery of prose and style suffers with the constraints that epistolary-style fiction by nature must have.  Part of Austen’s brilliance as a writer comes from her ability to shape and mold characters throughout the course of a novel, and this ability is severely limited when third-person narration is excluded.  That being said, the letters did still allow for Austen’s wit and sense of humor to shine, although, in the case of Lady Susan, those tools were still rather sharp and jagged – to be refined with time.  It is fascinating to see the author from this younger, rougher vantage point and to wonder what her novels might have been, had she not taken the very-wise step of reworking the early ones from epistolary form and into third-person narrative prose.  It is also quite edifying to see so clearly how much Austen was truly teetering on the edge of two very different generations of writing – she is quite literally the bridge between the Neoclassicism & Gothic periods and the Victorians, and to watch her progression from this early work on through to Persuasion is evidence enough of just how different these periods were and of how Austen somehow both embodied and defied them.

“She talks too well to feel so very deeply.”

“Facts are such horrid things!”

Lady Susan is Book #2 Completed for Austen in August!