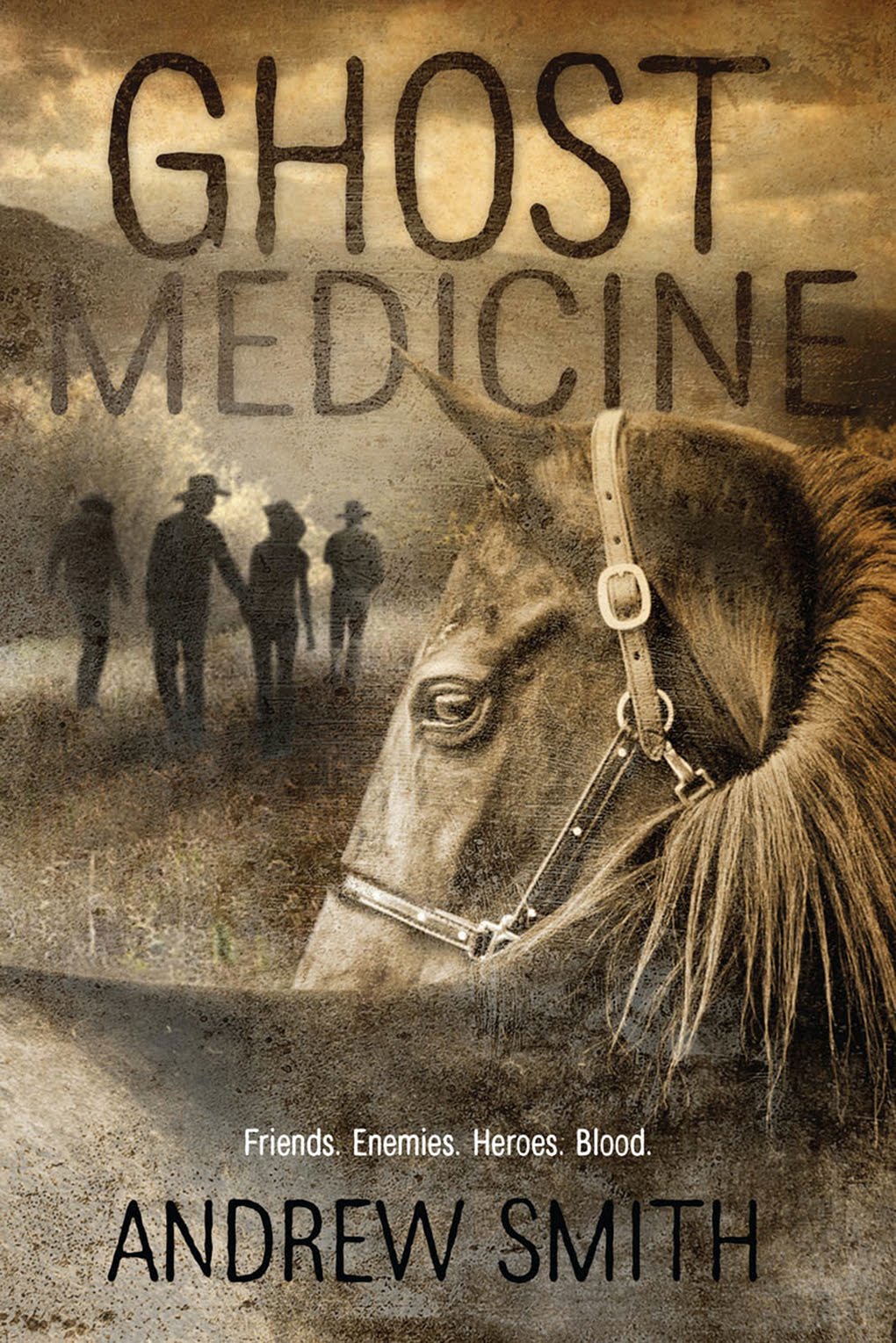 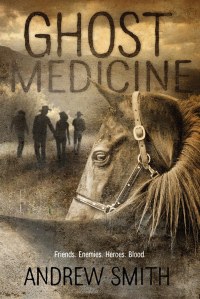 Ghost Medicine is Andrew Smith’s debut novel and, though there are some similarities to his later works (elements of danger, young protagonists, brotherly relationships at the core of the narrative), it is also quite a bit different.  The story is about Troy Stotts, a teenager who lives alone with his father and who is trying to deal with the loss of his mother.  He and his friends set out to have a summer of “Ghost Medicine” – a summer in where time stands still.  Troy works on the Benavidez ranch, owned by his best friend’s father.  The girl Troy is crushing on just happens to be Troy’s best friend’s sister, so a delicate balancing act beings, wherein Troy must figure out how to maintain his friendship with Gabriel while also building his relationship with Gabe’s sister, Luz. Joining this trio for a summer of danger and wild abandon are Tom Buller, a rough-shod ranch-hand youngin’ who is impossible not to fall in love with, and Chase Rutledge and his father, the deputy sheriff, one of whom harbors a violent anger toward Troy and his friends, the other of whom wants nothing but to retire with his full pension, even if that means lying about or ignoring his son’s misdeeds. It is a thrilling, precarious, life-changing summer – a summer none of them will ever forget.

Troy Stotts and Tom Buller might be two of my new favorite characters in YA fiction.  Tom Buller, especially, was impossible not to be attracted to; his primary characteristics include a hilarious sense of humor, a strong sensitivity, and a die-hard loyalty to his friends.  Troy, too, is incredibly loyal and brave, although a bit self-involved at times (he heads off for days at a time, and at all hours of the day/night, without much concern for how his Dad will worry).  Their friendship and the relationship they build with a lonely older woman, is indicative of what the summer of Ghost Medicine is all about: passion, freedom, and doing what’s right.  The two, together, are a joy to watch and, with the addition of Gabriel, Luz, Mr. Benavidez and other solid supporting characters, allows for a moving and entertaining story, progressing the plot in ways the narration does not always manage to do.

Smith is clearly a talented writer and storyteller and though this is his first novel, it demonstrates an understanding of language, pace, and tone that makes it clear to readers: “This is a writer.”  The story, though, does move rather slowly – it felt, sometimes, like swimming through molasses – liquid enough to move forward, but at a reduced pace.  Perhaps this is fitting, considering the story takes place in a dusty old ranch town, far from the nearest city.  Things are bound to be slowed down, here, and Smith’s prose does make the reader feel that.  Fortunately, the story does move forward without stalling, even if it is going slowly.  The characterization and the minor hints at danger and intrigue create just enough tension to keep things interesting, and keep the pages turning.

Perhaps the most interesting sub-elements of the plot are the various forms of “Medicine” that Troy creates, to suit certain situations that the boys (and Luz) find themselves in throughout the story.  Some Medicine makes them strong and some makes them disappear.  But the Ghost Medicine makes them have a summer that will last forever.  Troy is on the cusp of manhood and this summer is really the last between his boyhood and his adulthood – the story is not just about him coming to terms with the loss of his mother, but also with the loss of his innocence, his childish freedom.  His friends are on a similar path, except for Gabey who everyone seems hell-bent on trying to protect and to save from growing-up.  Unfortunately, the events of the summer do not spare anyone.  We all must grow up sometime.