J.K. Rowling Can Say What She Wants 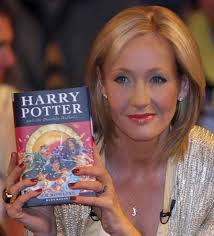 By now, many readers and book bloggers are likely aware of a controversial statement that was made recently by J.K. Rowling, author of the Harry Potter series, in an interview with a British entertainment magazine, Wonderland.  In the interview (conducted, amusingly enough, by Emma Watson, the young and talented actress who plays Hermione in the film adaptations of Harry Potter) , Rowling allegedly indicates that two of the main characters, Ron Weasley and Hermione Granger, probably should not have ended up together after all, even though theirs was the primary romance in the series.

“I wrote the Hermione/Ron relationship as a form of wish fulfillment. That’s how it was conceived, really,” says Rowling. “For reasons that have very little to do with literature and far more to do with me clinging to the plot as I first imagined it, Hermione ended up with Ron.”

I have been asked numerous times over the last few days for my reaction.  The difficulty, for me, is in deciding which “cap” to put on in my response.  Are you asking me as a fan of the series?  Or are you interested in my interpretation of this as a scholar of literary theory?  Are you curious about how I think about this as a critic and a reader?  Or are you wondering about how I react to this as a writer who considers Rowling a master craftsperson?  There are so many ways to respond to this particular type of revelation, and while these categories are not necessarily mutually exclusive, I can certainly find possible “pros” and “cons” from each perspective.  I will do my best, though, to shape one coherent general response. 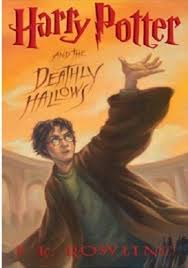 This statement has unleashed reactions similar to those which arose after Rowling indicated that another of her major characters, the Hogwarts Headmaster and Wizard-extraordinaire, Albus Dumbledore was gay.  Fans then, and now, split along lines of outrage at Rowling apparently “changing” the stories, on the one hand, and excitement over the  added depth (or possible reaffirmation of some fans’ original interpretations or desires about the characters), on the other hand. These kinds of reactions have much more to do with reader-response than with the quality or integrity of the text itself.  Reader-response theory tells us that each reader is going to react uniquely to a book (and to each reading of that book) based on the personal experiences, opinions, background, etc. that she brings to the text at the time of reading.  So, does this mean that people who (re)read the books after learning about Dumbledore or about Rowling’s shaping of Ron & Hermione’s relationship might read the books in a new way?  Possibly.  Do these things harm the text, or change it?  Not in the slightest – they just complicate the reading (for some).

In that first revelation, Rowling was accused by many of being a “coward” for not introducing Dumbledore’s homosexuality into the stories themselves, instead choosing to “drop it” on us in an interview after the fact.  My reaction was quite different; in fact, I had already read Dumbledore as a gay man, especially in the penultimate and final books (The Half-Blood Prince and The Deathly Hallows) where we learn much more about Dumbledore’s past.  But even excluding the clues which Rowling clearly dropped in the novels (and yes, they are clearly there, but it is not surprising or “wrong” if some readers overlooked these) there are two other problems I have with this negative reaction:

First, why does a character’s explicit heterosexuality or homosexuality need to be spelled out at all?  Most readers do not expect all elements of a plot or of a story’s characters, to be explicitly given to us – part of the fun in reading is in discovering these things.  Perhaps Rowling anticipated that more of her audience would have picked up on the nuances than actually did or perhaps she was asked a simple question (“did Dumbledore ever fall in love?”) and she gave a simple answer (“Yes, with a man named Grindelwald”).

Second, fans of the fantasy genre, in particular, should be accustomed to the fact that fantasy writers, particular those of complex, intricate, time-spanning series’ such as this one, often know much, much more about their characters and stories than they are ever able to incorporate into the series themselves; sometimes the additional information comes out in addenda – reissued editions, companion pieces, etc. Just look at all of the supplementary Tolkien works that take place in the lands of Middle Earth which have been released post-publication of the Lord of the Rings series!

Ultimately, I think it is Rowling’s right and privilege, as the author, both to reveal as much or as little as she wants about her characters and also to change her mind as she sees fit.  She is not changing the story, after all, just our understanding of how she came to imagine it and to craft it.  To add insult to injury, for some, is the fact that Emma Watson, our Hermione-incarnate, seems to agree with Rowling:

“I think there are fans out there who know that too and who wonder whether Ron would have really been able to make her happy,” says Watson.

So, the story writer and the woman who played the character for ten years and who knows her (Hermione) with an intimacy second only to Rowling herself, both agree that the relationship at the heart of the series might not be such a fairy tale.  And?  Sir Arthur Conan Doyle once killed-off his famous detective, Sherlock Holmes, only to later change his mind about that.  Mary Shelley, who wrote Frankenstein when she was very young, later looked back on the book with embarrassment and a completely different political perspective.  Writers have regrets, they rethink things, and they talk about it.  So what?  The outrage and hubbub are, in my opinion, just a tad overblown and largely unnecessary.  Sure, the series is the most popular of its kind in perhaps ever, so of course anything slightly controversial regarding it will become a topic of intense, heated, and sometimes hilarious social debate.  But, hey, at least Rowling didn’t follow her first instinct, which was to kill Ron.  Authorial intent is interesting in so far as it generates discussion and gets readers asking new questions, but, ironically, the reality is in the fiction – that world has already been created for us and must be taken as presented.

Let’s just enjoy the brilliance of the stories and the world that J.K. Rowling created.  We can and will react to the books in our own way, so why not let people – yes, even the author- say what they feel needs to be said about them.  In the end, all that matters is the experience you have with the books.  There is no right or wrong about that.

← Thoughts: On What Grounds by Cleo Coyle
Thoughts: Grasshopper Jungle by Andrew Smith →

27 Comments on “J.K. Rowling Can Say What She Wants”