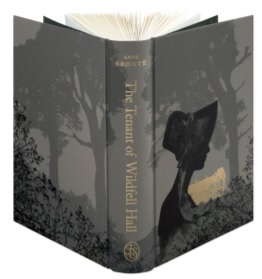 It’s another Folio Friday here at Roof Beam Reader! I’m thrilled to share that, today, The Folio Society is celebrating the 200th anniversary of the birth of Anne Bronte. How could I resist being a part of the celebration? 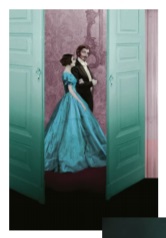 Unfortunately, I’ve only read one work from Anne Bronte, youngest of the Bronte sisters, to date. Agnes Grey. I enjoyed it very much, but I’ve been told by many readers that their favorite, and Anne’s best work, is The Tenant of Wildfell Hall. For that reason, I’ve had the book on almost any “challenge” list I’ve ever created, and of course it is listed on my Classics Club challenge list. Still, for whatever reason, it sits on the back burner. I’m excited, then, to have my very own copy of this incredibly beautiful new edition of Tenant of Wildfell Hall! The Folio Society, as usual, does this great author justice.

The Tenant of Wildfell Hall

“Anne’s book was far more radical than anything her more famous sisters ever wrote’.” –The Times

About the Book: Frank, radical, and unashamedly feminist, Anne Brontë’s ground-breaking masterpiece The Tenant of Wildfell Hall sent shockwaves through Victorian England and remains strikingly modern today. This beautiful new edition of Brontë’s masterful novel is published by The Folio Society to celebrate the 200th anniversary of the author’s birth.

The story follows the mysterious and beautiful Helen Graham, who has recently moved into Wildfell Hall. Curious speculation turns into nasty rumors as the town deliberates on who she is, where she has come from, and what has happened to her husband…

About this Edition: Critically received on publication, the novel was withdrawn for years after Anne’s death, and later widely published with major editorial omissions. For this stunning anniversary edition, we returned to the first printing and have included Anne’s heartfelt preface in which she defends her work. Also included is a new introduction exclusive to this edition by novelist Tracy Chevalier, who examines the reason behind the novel’s initial negative reception: “Wildfell Hall is a different, wilder beast – perhaps too wild for its time.”

Beautifully bound, and full of captivating illustrations by Valentina Catto, this edition’s binding and artwork blends classic artistic techniques with a contemporary edge, perfectly marrying itself to Brontë’s radical voice. Published in series with her sisters’ most accomplished novels, Jane Eyre and Wuthering Heights, this new edition recognizes Anne’s literary achievements as equal to those of her sisters, and completes the trio of their most celebrated works. 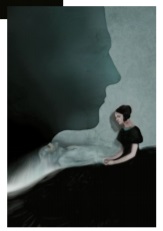 About the Publisher: For 70 years, The Folio Society has been publishing beautiful illustrated editions of the world’s greatest books. It believes that the literary content of a book should be matched by its physical form. With specially researched images or newly commissioned illustrations, many of its editions are further enhanced with introductions written by leading figures in their fields: novelists, journalists, academics, scientists and artists. Exceptional in content and craftsmanship, and maintaining the very highest standards of fine book production, Folio Society editions last for generations.

Book copy and all images are courtesy of The Folio Society. Feel free to visit their NEWS AND BLOGS page for more information. In case you missed them, take a look at my Folio Friday features for other Folio Society books.

← Notes of a Desolate Man
The Good Earth →